We are in the fourth quarter of 2018 and deal data is now available through the end of the third quarter.  In this report, we review our region’s most active industry sectors and give an outlook for Winter 2018/19. 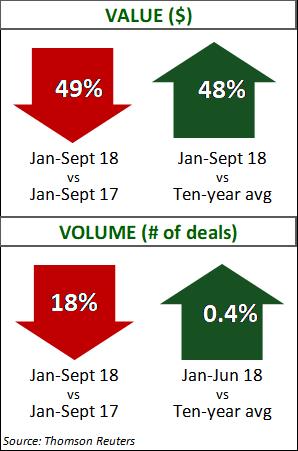 Analysts expect positive economic trends to support aerospace M&A activity through the end of 2018 and into 2019. 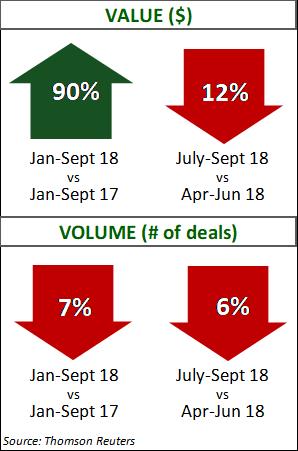 Analysts believe a recent correction in oil prices, inexpensive financing, and divestitures from pending megadeals provide an optimistic outlook on deal activity through 2018 and into 2019.
Highlights: 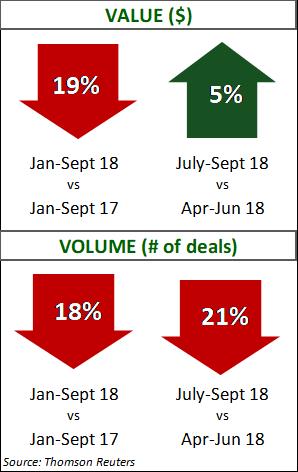 However, current declining new home sales and rising interest rates may become an increasing headwind for the sector in Q1 2019. 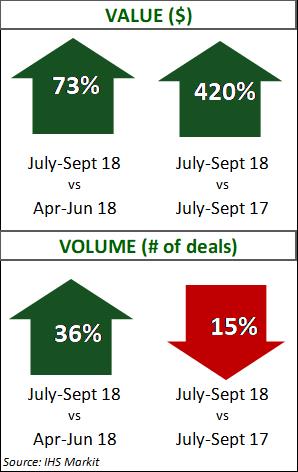 In Q3, the positive outlook was seen in substantial increases in deal value and volume quarter over quarter.
Highlights:

The impact on energy sector M&A activity of the current correction in oil prices (WTI trading at $56, down from $76.90 six weeks ago) will not be fully understood until January/February 2019 when Q4 transaction data is released.  Commodity price volatility in the coming weeks will be closely watched.  A temporary correction will have minimal impact, but a sustained correction may slow down activity. 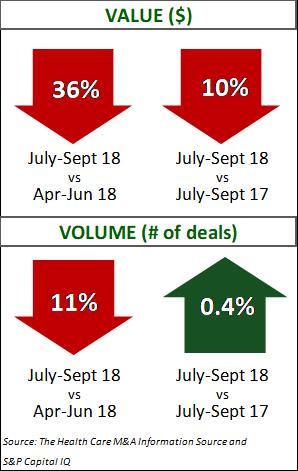 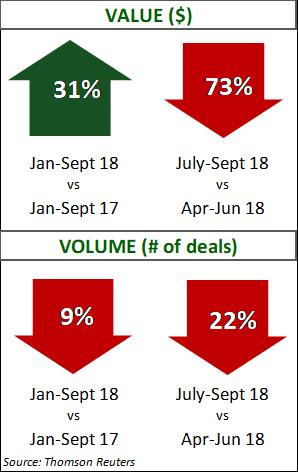 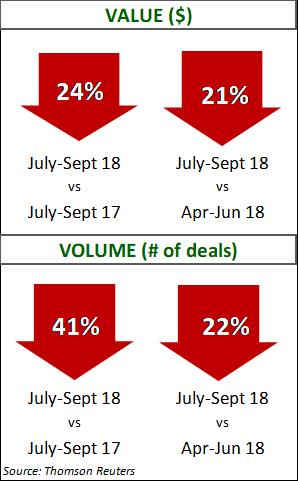 Note: Unless otherwise stated, all deal data is for the United States only. In the report, you will see that some of the deal data is for larger public companies. The most reliable and timely data tends to be for the larger companies in each industry; however, deal activity of largest corporations is also a good barometer for M&A activity among midsized companies in the same industry.